OHFR in the News 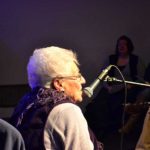 Oral History and Folklife Research hosted a story slam for storytellers with disabilities, with the cooperation of the Space Gallery in downtown Portland’s arts district. The storytellers focused on their experiences as persons with disabilities and the impact of the Americans with Disabilities Act.  The stories ranged from childhood adventures, to growing up and gaining … END_OF_DOCUMENT_TOKEN_TO_BE_REPLACED 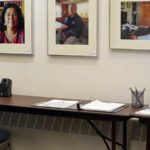 UMA's Holocaust and Human Rights Center display includes an oral history from those with disabilities, as well as their art and historical artifacts. The story of the disability rights movement hasn’t been fully told, said Keith Ludden, founder of Oral History and Folklore Research Inc. So that movement was one of the first projects the nonprofit group tackled when it formed … END_OF_DOCUMENT_TOKEN_TO_BE_REPLACED

Madison — Adam Holton's memories of Iraq are still fresh, even though it's been nine years since he served as commander of a Marine Reserves company. He vividly remembers the days during Golf Company's 2004-'05 Iraq deployment when five of his Marines were mortally wounded, and he recalls the tedium and excitement of living in a war zone. Holton wanted his memories, and those … END_OF_DOCUMENT_TOKEN_TO_BE_REPLACED