In the Spring of 2022, with funding from the Maine Humanities Council, Oral History and Folklife Research collaborated with the First Amendment Museum in Augusta, ME and  interviewed five individuals working in journalism and public service about shrinking newsrooms and news deserts.  We produced five podcasts exploring their views. 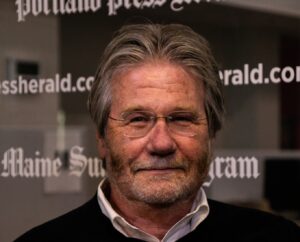 Bill Nemitz, Reporter and Columnist for the Portland Press Herald, Portland, ME

“It’s not just government coverage, it’s the humanity of journalism and the way it serves as a nucleus that drives people together, and I think we lose at our own peril , because what happened if you don’t have that in a kind of common town square kind of sense is that this group has its heroes, this group has its heroes, and they’re all ideologically or politically distinct or religiously distinct from one another and it just fractures the community, rather than pulls it together, so I’m always  big advocate of for whenever and however possible injecting that human element into what we do, and not just getting lost in the process and not just covering the horse race or whatever in the political arena, but really going beyond that.”

“The fundamental thing you see is that because they’re not covering the keystone of democracy, which is local government, people don’t know what’s going on in their home towns and when people don’t know what’s happening, either because they’re not paying attention, or because there’s nobody–they’re not reading news or they’re just not as engaged, people become suspicious and distrustful, and we see that nationally.  I mean, it’s all the way up to federal government, too, so I definitely am worried about the future of democracy in the sense that without good information being provided about what’s happening at the local, state and national level we’re just not as informed as a citizenry as we should be, as we used to be.” 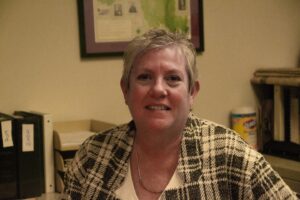 “So much of it is people wanting information and being savvy about where to get that, and what to read, wha to ignore, what to recognize as entertainment versus information, so the solution is not necessarily on the shoulders of just journalists, it’s on the shoulders of consumers of information to really learn–learn how to differentiate between real information and bad information, or information that’s intended to rile you up for a specific agenda something like that.  It’s harder and harder to do.  Political parties host web pages that they call news sites, but they’re not news sites, they’re agenda sites, but they look very much like news sites.  so I think people have a responsibility, whether they act on it or not, just to understand what they’re reading and where it comes from .  In a perfect world, everybody would take that responsibility, but it’s just so much easier to fall into our comfort zone and just read what kind of bolsters our personal beliefs or the beliefs that are not scary.” 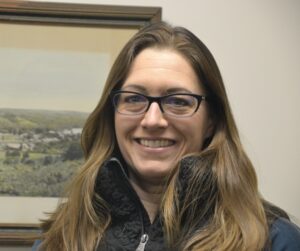 “I don’t know if it’s so much a question of less information, but poorly curated information.  Journalists and editors at their best are gatekeepers in the best sense of the word.  There’s rule that govern how they cover and how they report on stories.  Editors are there for a reason, there’s journalistic practices to make sure that things are fact checked and that they’re accurate.  While everybody makes mistakes, there’s processes in place that guard that.  There’s no shortage of information out there, but is everybody getting good information , or is everybody getting information that fits a certain narrative that conforms to what they already believe or is it click baiting?”

Listen to the podcast here. 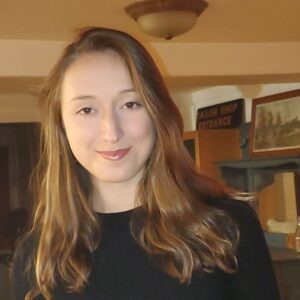 “I think the more consolidated and less localized papers are, the less quality coverage there is.  The residents suffer because of that .  I think you need people who are in the community consistently to do quality reporting on it and to know what’s going on and be able to write it in a way that their audience will understand and that they’re intimate with their audience.  I don’t think that you can have quality coverage as a consolidated newspaper because the will be less coverage of you community and slowly you see it drive back wo there’s some communities with no coverage at all because they’re not a city, or they’re not big enough.  Then…money gets spent where it shouldn’t in those towns, there’s a lot of underground things that start to happen there that aren’t covered and aren’t brought to the light.